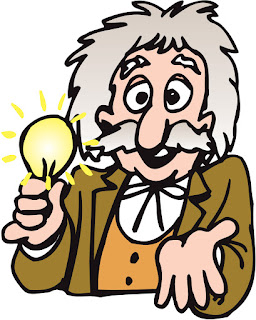 Without it the world would come to a sticky end.

Cured bacteriological infections and saved
millions of lives. When an infection appeared which it cannot cure the
world is thrown into chaos.

INVENTION 2     The bulk manufacture of Nitrates.

Used as fertilizer it doubled the arable
productivity of land.


I think the best invention is the printing press, because it brought the written word to a large audience for the very first time and helped new ideas to spread around the world much more quickly and easily. It also increased literacy rates and improved education.

One of the best inventions is a knot called a bowline.
It is easy to tie, easy to untie, does the job it is intended for and can save your life.

Gave underwear and literacy to the world!

Because photographs help us to keep precious memories alive and make loved ones feel nearer when we are apart. Photographs are also important to give us a 'window' into the past that helps to bring written history to life.

To me the best invention was the steam engine it changed the industrial revolution.

THE BICYCLE
Original design has altered little since its invention . Just refinements .
Eco / green friendly . Non polluting .
Saves space parking and around town .
Aids keep fit and health .
Cheap , simple maintainance .
First step to independence and prosperity in third world / developing nations .
Enables girls’ education in these places , as the long walks to school from their remote villages are dangerous , and many are waylayed by men and / or wild animals if on foot . Making the choice to stay at home instead .
I donated a bike to a charity which repairs them and then ships them to Africa solely for this purpose.

What would we do without ZOOM?  I am in total awe of whoever produced it - in these very difficult times it's amazing and so beneficial for people to work from home but also for others to join club discussions and exercise classes.  Even my husband is now a yoga convert.

Just as early Mining engineers and inventors helped to make life safer and more productive, ZOOM has made lockdown and restrictions easier to bear, and particularly from a social aspect, e.g. Missing the museum.

The ‘bic’ throw away pen

Because it meant that the power of  writing was made instantly available, was inexpensive and easy to use and no-one ever again got into trouble for losing or mis-using a pen.

PVA glue: low ecological impact (no volatiles, non-poisonous, not damaging to the skin), sticks a wide range of materials together well, dries to colourless, sets reasonably quickly but with a period when it is easy to correct or reposition the materials being glued, and can often be 'unglued' without significant damage. Safe for children and allows clandestine corrections to be made in their work, and good for the less competent modeller who may value the opportunity for a second chance at a bond (don't ask me how I know this). I can expound on PVA's virtues at length if required.

The telephone, controversial in terms of who first came up with idea versus who first registered their design for patent.

It’s a great invention because it increased the speed of communication between people who were unable to connect face-to-face and paved the way for the modern voice communications we enjoy today at work and at home. My mobile phone, powered by mined minerals, has been my lockdown saviour.

My lines are the steam engine

It meant that we could distribute goods in bulk and everyone could travel from A to B much more safely and quickly.

I think the best invention is the paper clip designed by Johan Vaaler because it has never needed to be redesigned because it completes its intended function perfectly. Some people have created different variations of the paperclip; however, it is purely for aesthetics as the original is frugal in design.

I think one of the best inventions was the Newcomen engine, an atmospheric stationary engine which was the starting point of the Industrial revolution. It was the first invention to effectively harness steam to produce mechanical work.

I think the best invention ever is the ballpoint pen, because it has contributed to so many other inventions, ideas and interests by just being a quick and easy way to make a note of what you're thinking. It's not a totally accessible form of mark maker but there is good general availability of ballpoint pens.

My choice of invention or rather discovery is Fleming and the anti-biotic penicillin. I like the idea that chance as well as scientific discovery came into it.  Penicillin has had a huge impact on medicine and allowing people to recover from infections and has particularly enabled operations to take place. This pandemic has shown how important research is and how a problem often leads to a solution.

Posted by Poetry Coalshed at 03:21 No comments: 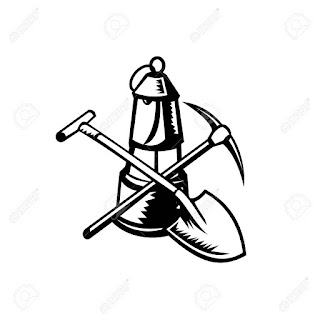 The Invention of Light

Candles! Count them on your birthday cake, then

Light a candle, the teardrop of flame makes

The shadows dance, a warm glow of past times

Until reconnection with the present.

In coloured tissue they’re given again

Candles! Just the one and it stinks,

With a weak flickering flame that flutters

And gutters when the trapper hauls open

His trap for hurriers to hurry through.

Weak, but yet too strong when the mine’s bad breath,

Make a wish it isn’t so, of course.

Far, far better though to not wish but do,

With a wrap of gauze, simple, yet profound.

How many thousands of lives screened from death

By a plan with so many holes in it?

Light the lamp, labour in its yellow glow,

Know to go when it sputters and turns blue.

Davy or Stephenson? Stepping from darkness,

Posted by Poetry Coalshed at 08:31 No comments: