Floret of flame, echo of the big bang,
Flinging innocent creation apart,
Flaying thin skin from an orderly world,
Punching and pummelling breaking bodies,
Undoing flesh with nuts and bolts and screws,
Undoing families in a moment,
Undoing this cause through its own effect,
Discounting the life which this is the sum,
Discounting lives summarily totalled,
Immaculate lives blown out in a flash.

Who the bomber? One dressed in his best vest,
High on the opiates of his people?
Or higher, two miles high, super sonic
And scratching the sky so close to the void?
Or miles out to sea, maybe, on a cruise?
Or cruising through cyber space and zapping
Pixilated people deaf to the drone?
And who the victims? Outlines coloured in
With bold strokes broad enough to blur edges,
Such simplified figures, which children count?

Words are not cheap, they do cost lives, spoken
With redacted care to prick sentiments
With forked tongues, justifying calls to arms
For the hundred years and more war, all one
Global war over branding, re-branding,
Bottom lines, arrayed on banners, dressed up
In various uniforms, or civvies,
Obscured by common words, such as Great War,
Second World, Cold and Hot, Insurgency.
And then, on the home front, comes a flash point.

Dave Alton
Posted by Poetry Coalshed at 02:57 No comments: 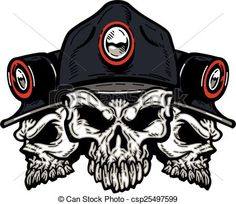 Posted by Poetry Coalshed at 03:16 No comments:

7th May, 2017, saw the unveiling of the monument commemorating those men and boys who died in the 1866 Oaks Pit Disaster. This poem was composed for, and read at, that event.

December, the hurrier month
Towards the coming of the light,
Excited anticipation
In a match struck and the advent
Candle flame. Children counting on
Coal dusted dads able to hew
Pounds and pence enough, even as
That near Christmas candle burned blue.

Etching, hand coloured and showing
Wives gathering at the pithead
Just as the maw of the main shaft
Belches fire. They’d have known the dead
Numbered their colliers. Amidst them,
Anthracite hair hurriedly styled,
Spilling down her spine over shawled
Shoulders, a Madonna and child.

Calamity wrought and rendered,
Firstly in fibre glass, and then
Bronze, to bear so tragic a weight
Of all those lives, of all those men
And boys, whose silent names will lie
Along her monumental tongue,
An eternal lament always
On the tip, about to be sung.

The Oaks’ Madonna realised
By artist, etcher and sculptor,
This trinity fabricating
A real vision of truth in her,
A young pitman’s wife made widow
In a moment, having to cope
Because of the child in her arms,
The child being the advent of hope.

Posted by Poetry Coalshed at 03:18 No comments: