There was coal in stockpiles, coal from abroad 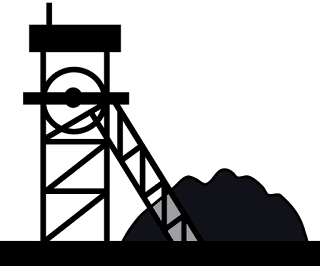 And dark blue lines drawn across the coal road.
Convoys of grim buses in greens and greys,
Prowling the length of British motorways.
Beware, miners, beware.

The rule of law, but the law is partial,
The rule is fear when the law is martial.
What matter then the ballot or the vote?
It’s who wields the baton in the last resort.
Beware, miners, beware.

It wasn’t policing some might celebrate,
Policing by consent, consent of the state,
And how much money so readily found
To keep centuries of coal deep underground?
Beware, miners, beware.

It wasn’t, though, for welfare the pit closure plan,
It wasn’t for workers the shut-downs began,
It wasn’t for climate change they stopped the coal;
But break the miners’ union, break them all!
Beware, miners, beware.

There’s not a cob cut underground anymore,
With collieries fading into folk lore,
A heritage experience, and yet,
Without reminders, people will forget.
Be aware, miners, be aware.

Posted by Poetry Coalshed at 03:32 No comments: 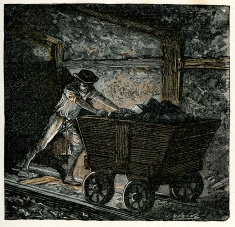 Children waking from sweet slumber
Bleary eyed they all must dread
Footsteps in the Black Dust, they will have to tread

Eyes like a Panda: Tarnished and broken; coming up to the shore
I bet your head is aching?
And your feet are really sore?

“We are the young children at work, down the mines
Opening and shutting the trap doors
Who are we that we should speak? And who will fight our cause”?

‘Oh’ to play in daylight amongst others
And feel the Sun shining upon our face
We do but sit and wonder: where is the Love? And Where is Grace?

Historical moments generations will remember
For Black were the thoughts of the ‘Children’s Call’
And Black are the memories prevailing; as Coal was mined for all.

Bernadette O' Horo
Posted by Poetry Coalshed at 01:55 No comments: